Community Opinion: Which Book Is Best ? Water, Earth or Fire

12 years ago
Hello Avatar Fans Airspeed Prime here again with the Second Community Opinion, the first one was very successful so it will definitely continue. So lets get right this months Topic. Avatar The Last Airbender- Which Book Is Best ? Water, Earth or Fire. 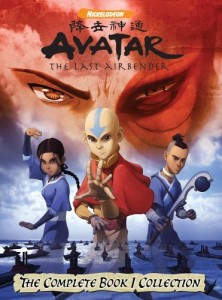 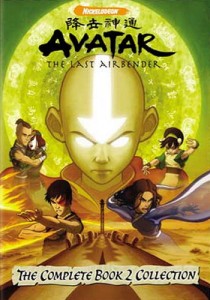 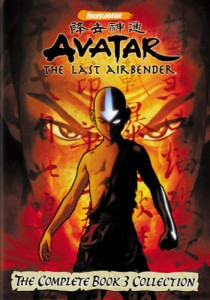 This Topic is a very interesting one as many people have different things they like about Avatar, this combined with some of the amazing discussion that this topic brings up should lead to a brilliant post.

Here are the opinions of our Community.

This is a topic I always love to discuss, that said it is very difficult to condense all my thoughts into a few paragraphs. So I will get straight into it, Book 3 Fire is my favorite followed extremely closely by Book 2 Earth and Book 1 is a clear third Place.I will now do a paragraph to discuss why each is placed like this.

Book 1 Water is a clear third place, but not because I don't like it, I Love it the reason it is third is because I like Book 2 and 3 much more. The Things I like about Book 1 are that is is a great introduction to the show, it does a near perfect job of introducing all our favorite Characters and bringing in the overarching story to the series. The problems (Minor because Avatar is such a great show) are caused in a way by it being an introduction, Book 1 seems a bit slow and too disjointed compared to the other 2 Books, this may be due to the whole plot of this book, simply put what happens is Team Avatar must travel to the Northern Water Tribe so Aang and Katara can Learn Waterbending and Zuko and Zhao compete to out do each other and capture the Avatar, the problem is that it takes a whole season to get there and much of the season is "Here is a new place, what must we do here" , and while these episodes are brilliant character development many don't advance the story at all. In terms of episodes, Book 1 has most of the bottom of my top 61 List. Jet, The Deserter, The Great Divide and the Spirit World part 1 are 4 of the Lowest on my list, many of the other episodes are mid to low on the List, On the other hand it does have some brilliant episodes: The King Of Omashu, The Storm, The Blue Spirit and the Two part finale are some of my favorites. To sum up Book 1 is a great introduction that is brought down (still amazing, Zuko and Zhao relationship is great, but compared to the other books) by many episodes that don't advance the plot and seem random. It lacks the "Epicness" for the most part of the other 2 books.

Book 2 Earth is a very close second for me, the only thing stopping it from being number 1 is again "Epicness", while in my Opinion it is the most consistent in terms of number of good episodes per Book, Book 3 has more superb episodes. Plus points for Book 2 are: The Introduction of Toph, bringing in more deep/meaningful themes, some great minor characters, Azula and most of all The Story of Zuko. We saw signs of Zuko becoming disheartened with the Fire Nation and doubting things in book 1, but in Book 2 he actually pretty gives up on capturing Aang and is set to settle down in Ba Sing Se with the help of his Uncle, Azula another great introduction changes that and you really feel for Zuko when he is so confused and has to make such an important decision: Good or Bad. In terms of episodes, Book 2 has no bad episodes with only Appa's lost days slightly below par, It has many great episodes including: The Blind Bandit, The Drill, City Of Walls and Secrets, Lake Laogai, The Guru and the finale. The Ba Sing Se conspiracy plot is an excellent storyline that is creepy and intriguing and then The depth that The Guru goes into Aang's Character is one of the standout moments of the series. Aang's death and revival in the finale and the impact that the fall of Ba Sing Se has on the world is A truly shocking moment and it floored me. Book 2 has a disadvantage in that it is the middle of a story while Book 3 is the end and this in a way is the only reason Book 2 is second to Book 3.

And finally we come to my Number 1, Book 3 Fire. Book 3 Fire wins by a tiny amount over Book 2 simply because it is More Epic than Book 2.It is more mature that the other 2 Books and deals with deeper themes, Katara is The Southern Raiders is a brilliant spotlight on Katara's issue, The death of her mother. We have our characters nearly fully developed and to me anyway they are much all much more interesting characters in Book 3. We get the payoff to many plot threads, KATAANG happened and it was Beautiful, Aang finally became the Avatar everyone wanted him to be and it was "again" Epic, Zuko at last found his own destiny became Fire Lord and is in a good relationship with Mai. The only bad things IMHO about Book 3 are that Team Avatar spent a bit too much time going through the Fire Nation and Toph got almost Zero development. In terms of Episodes, Book 3 has alot of the top episodes on my top 61 list With nearly all of the Book within the top of the list, The Four Part Finale, The Ember Island Players, The Headband and The Boiling Rock 1 and 2 some of My favorites. The only "bad" episode being The Painted Lady. The Finale is just One of the Best if Not the Best Pieces of Television ever, it is just brilliant in every way and a perfect way to end such a sensational series, The different characters relationships have developed so much up to this Book that they are so great in this Book, Sokka and Aang seem so much like brothers every scene they have. Book 3 is the most exciting Book and has such brilliant action, which is aided by the development of the Animation from Book 1. You could say that Book 3 takes everything developed in Book 1 and 2 and uses is to make itself The best Avatar ever, If Korra can live up in any way to this it will be amazing.

Ahhh..it's always hard to decide which book is the best loleach one has a central pivotal moment that is awesome and changes the dynamic of things. Ok so..if I HAD to sayto me..Book 3 is the best. In my opinion, what Book 3 has that the other books don't have..is 1.) A theme that connects all the characters beyond what is shown in the previous 2 books; and 2.) a truly EPIC series of events that changed each character forever. Book 2 is the 2nd best to me..it introduced new elements of philosophy that really made u think..and I love moments like those. Book 2 also introduced the only metal-bender and all so awesome Toph lol"