9 years ago
While we have a lot to look forward to tomorrow with the big Korra panel, we are still getting other news from the convention. Thanks to Wired.com we have some big information. We have our first news about the first ever Avatar. We know that his name is Wan and that he will be voiced by Steven Yeun best known for his role in The Walking Dead. We also get an image of him. 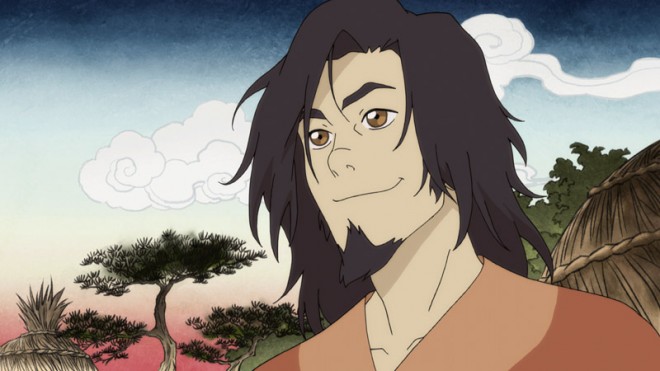 We also know what episodes he will appear in, the episodes titled Beginnings Part 1 and 2.

Yeun’s character will appear in two episodes titled “Beginnings 1 & 2″ during the second season — aka Book 2: Spirits — debuting later this year.

Finally the article also mentions that the story of the first Avatar takes place 10,000 years before Korra's time

Wan’s story will take place 10,000 years before Korra’s time, and follow the teenage explorer and skilled bender as he tries to bring balance between mankind and the spirits, a quest that ultimately leads to becoming the first Avatar.

In terms of the creative challenge of depicting the Avatar world so far in the past from where we know, we get the following quote.

To depict the world in Wan’s time, the creative team drew inspiration from ancient and traditional East Asian ink wash paintings and woodblock prints for the environments, color palettes, and stylisations of the elements,”

Avatar Roku: I have mastered the elements a thousand times in a thousand lifetimes. Now, I must do it once again.

So this kind of suggests that the average lifetime of an Avatar is just 10 years old O.O. I assume some crazy spirit magic is responsible as that cannot be right, can it ?

Conversation 0 Comments
Have fun. Don't be mean. Feel free to criticize ideas, not people.
Create an account in order to join the conversation
Create AccountLogin
More Like This

Avatar Arena
Zuko and Aang had quite the transformation
The Last Airbender Zukos Story Released
Roku
Katara-The Emotional Heart Of The Series
Tenzin Blows A Fuse
AvatarTheLegendOfKorra.com Launched
Naga, Scares You To Death, That Is Until You Give Him A Belly Rub
Short Book 3 Change trailer from The Netherlands
Book 3 Change Official Trailer up on Nick.com