6 years ago
Some slightly unexpected news this time. Thanks to BNC Catalist we have some details about Turf Wars Part 2, the cover and also the release dates. 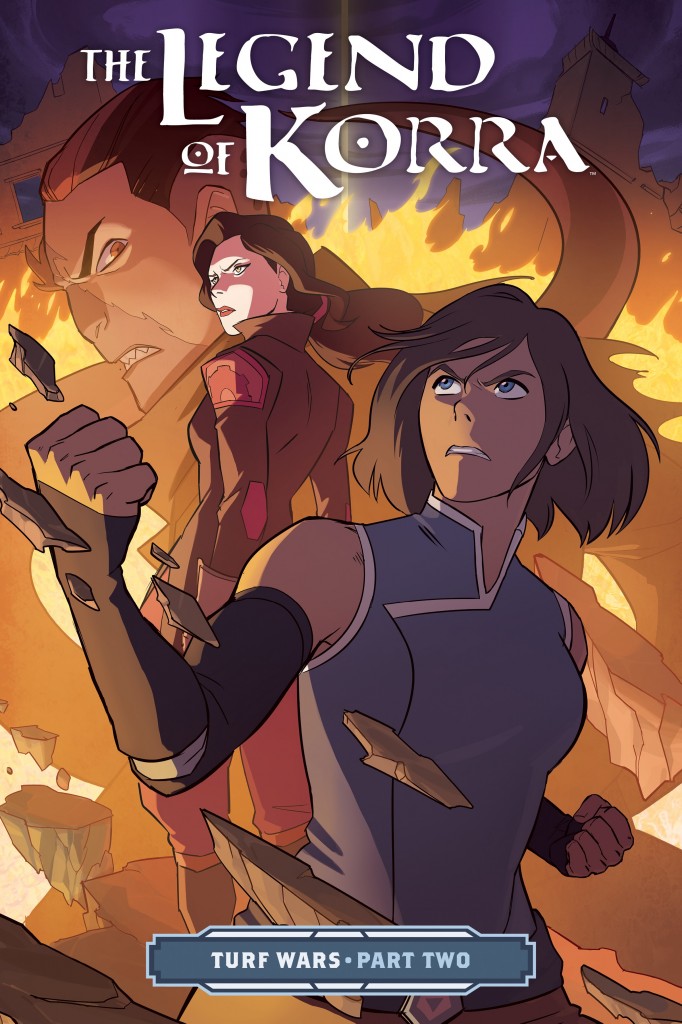 The site mentions January 30th 2018 as the release date. This is a Tuesday which means that 13 days prior is a Wednesday, January 17th 2018, this is what we expect the comic store release date to be.

The release date I think for most is a bit farther off than expected, around 7 months between Turf Wars Part 1 and 2 when we usually expect 4-5 months between parts of an ATLA series. This is a different creative team than the ATLA comics, so that probably explains it, but if ATLA comics are being held back or delayed for Korra comics then it just means we have an even longer wait to hear what happens next to our ATLA characters. This is just speculation at the moment due to the fact that nothing has been said about ATLA comics post North and South, but given that Dark Horse have said that their focus will be on Korra comics it is difficult not to worry about the status of ATLA comics.

As for the cover the art is by Heather Campbell who was announced as the cover artist when Part 1 was revealed. I love the cover, great poses for Korra and Asami and most importantly our first look at the character we assume is the main villain of Turf Wars. This woman seems to have previously been possessed by a spirit which would explain her face having 2 distinct looks and the lower half looking more animal like. We have seen stuff like this before with Yao and one of the hunters from Beginnings Part 1, so bringing this up again seems like a great potential backstory/explanation for a villain. She must hate spirits for what they did to her which could explain the human and spirit conflict plot we are expecting in Turf Wars.

What are your thoughts on Turf Wars Part 2? Part 1 will be released June 7th 2017 in comic stores.