7 years ago
EDIT/ Mike and Bryan have both confirmed via Tumblr that Zwyer will be releasing more Avatar stuff and also that this company was started by 2 members of the Korra team, Mel and Alan. So you all probably know about the exclusive Lin pvc figure that will be available at SDCC this year, well looking up more information on the company making the figure it looks like Zwyer Industries will be announcing a full line of Avatar and Korra figurines at some stage. This image is right on the front page of their site. 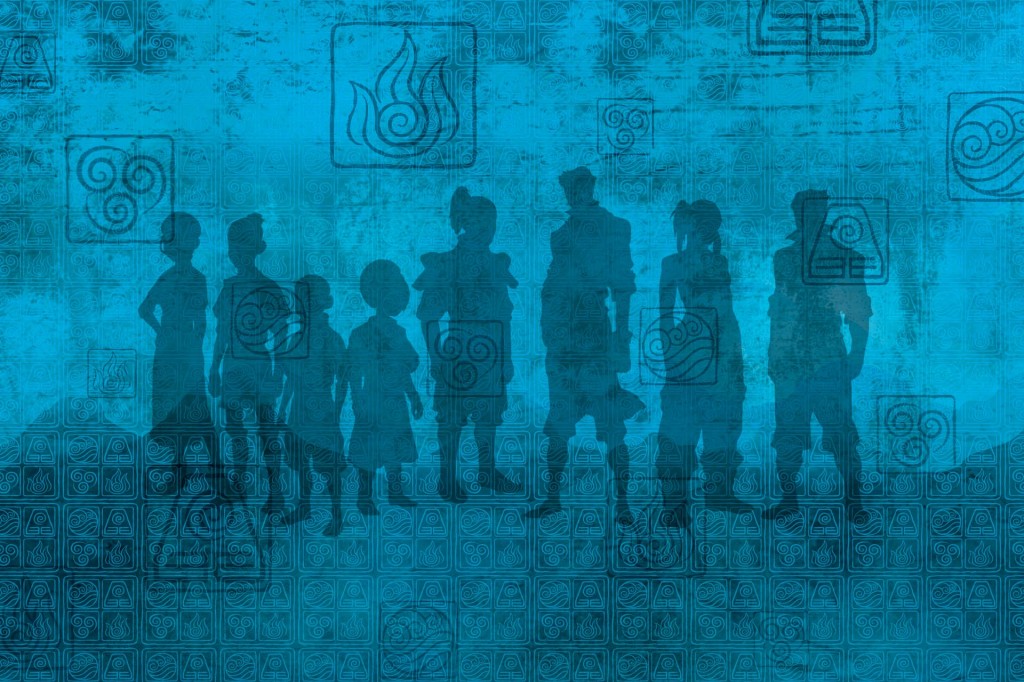 They may just be silhouettes, but it is clear to make out who these characters are. Book 1 Water Katara, Sokka, Aang and Zuko, Book 2 Earth Toph. Then on the Korra side of things we have Book 1 Air Mako, Korra and Bolin.

Given that Lin is the first figure they have revealed and she is not shown here, it very much suggests that they are releasing some form of Avatar figure line.

The big question is if they will all be the same style of figure as the Lin they have shown off. That is an 11 inch hand painted pvc  kit. That is a fairly big figure and pvc figures are usually pretty expensive, so I am not sure if they would go as far as to announce a full line of 8 (possibly more) figures which are all big and expensive. These may end up being smaller figurines that will be more affordable.

Right now all we really know is that this seems to be a new company that has got the Avatar licence to produce figures and they will have a regular and a special SDCC version of their Lin Beifong figures, you can see more about those 2 figures here and here.

This is pretty big news as many fans have wanted a physical representation of their favourite characters for so long and now we are potentially getting just what we want. I assume Zwyer will reveal more at SDCC.

Conversation 0 Comments
Have fun. Don't be mean. Feel free to criticize ideas, not people.
Create an account in order to join the conversation
Create AccountLogin
More Like This
Naga, Taking care of Business!
Poor Sokka The Earth-Lifter
Sweet New Last Airbender Movie Wallpapers
Equalists Made A Big Mistake Trying To Capture The Airbender Kids
Community Opinion 18 - The Lack Of Korra Info
First Look At The Pro Bender Arena Features Some Awesome Bending Action
New Clip from “The Voice In The Night”
Iroh Man, epic crossover
Studio Mir animating half of Book 2
New 26 Episodes will consist of Book 3 and 4 each 13 episodes.