Airspeed Prime here again with a Korra update, this one is from Korra Nation again, but brought to our attention by fellow Site Moderator, Kelly.

We heard well over a year ago at this stage that there would be a character in Korra called Asami who would be voiced by the actress who played Yue in The Last Airbender, Seychelle Gabrielle. Now with this piece of development art , we see her design for the first time along with a small bio of her. 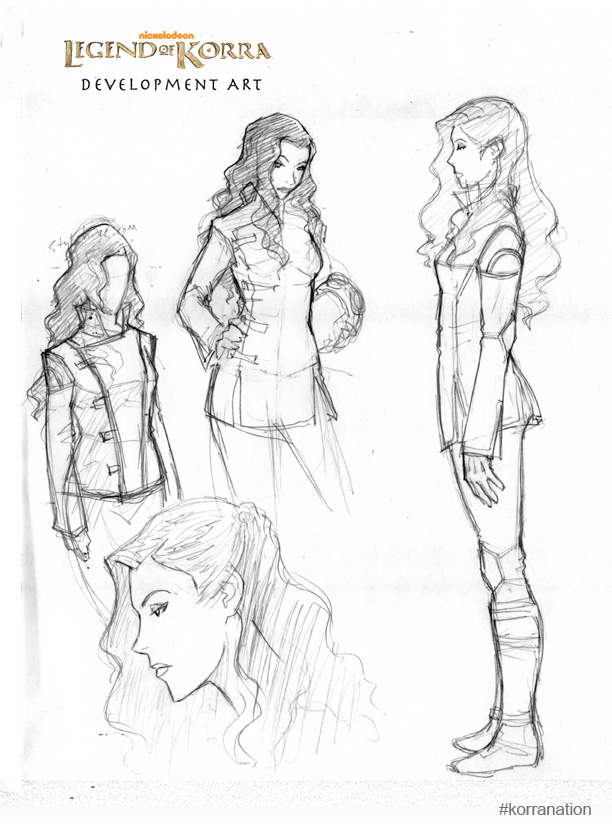 An early sketch design for Asami Sato – a young non-bender and daughter to a wealthy industrialist.

So there we have it a new character revealed, she we assume is the daughter of the character voiced by Daniel Dae Kim, Hiroshi Sato (It could be referring to her mother, though we assume the new character in the recent Korra Trailer was Hirsohi Sato.

Now as said above this is an early sketch, so her design may be different when we see the current design, but it is interesting that she has a what appears to be a pilots helmet or possibly a motorcycle helmet as it was confirmed long ago that Motorbikes would be present and as of now, I do not believe we have seen one yet.

This of course comes from the official Korra Nation  Tumblr page, http://korranation.tumblr.com/